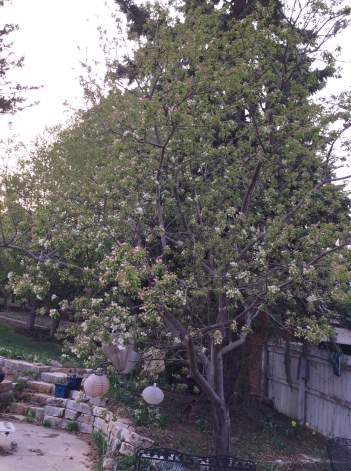 Our great American political circus, I mean the presidential campaign season, has started for 2016. Cruz is in! Rubio is in! Hillary is in! (In case you don’t know me, that last one makes me happy. 🙂 )

I still believe in that place as well, although I don’t find it in the political circus or any of the performers in that ring, even Hillary.

But I don’t blame politics for that. I just blame what we have let the meaning of that word become.

In the Merriam-Webster dictionary the fifth listed definition of politics is this:

the total complex of relations between people living in society

It’s what has been modeled for me in the body of Christ – the church – a place that has struggled with politics since its birthday two thousand years ago, and yet still walks on, humbly and imperfectly. With hope.

Its totality: global, existing in its varied parts across the whole planet. I have walked with my brothers and sisters – the eyes and ears and limbs I cannot get along without – in Cameroon, the Czech Republic, Germany, Iraq, Lebanon, Syria. It’s a big family!

It’s complex: orthodox, catholic, reformed, apostolic, evangelical, monotheistic but based on a trinitarian dance of Father, Son and Holy Spirit.

It’s relational: in worship, in creeds, in sacrament – sharing life together with the one who gives us life.

Between people: and among people! Caring for each other in crisis. Praying at the bedside of the dying. Feeding the hungry. Standing with the oppressed and imprisoned. Seeing the value of our human lives as our created made us. High and low, young and old, male and female. Between. Among. Connected.

It’s living: ISIS can’t destroy it (although it is trying); purveyors of the prosperity gospel can’t dilute it and sell it like indulgences (although they try). Its message of the real good news – death is defeated! – puts air in our lungs.

In society: I have seen it care for the least of these in a home for the handicapped in Ludwigsburg, Germany. I have it walked with it among Syrian refugees in camps in Lebanon. I have heard it shouted from displaced Iraqis now in Kurdistan: we may have lost everything, but we still have Jesus! It will not be silenced. It is in the public square and ministering there.

And that is where I find hope in politics. Not in the mud-slinging that is to come as we sort out who our leaders should be, but there in that buried fifth definition from Merriam-Webster.

I find hope in that crabapple tree on our back patio. It’s roots are bound by concrete on all but one side, and yet every year it pushes out those gorgeous pink blossoms which will fall like snow in a week. The blossoms will wither and descend. The tree will hibernate in the fall. And then…BAM! Here they are again.

John 1:14 says the word was made flesh and pitched its tent with us. The complex totality of the word of God moved into the neighborhood, into our society, to live with us.

And hope is here still.

It is the day after another election here in the U.S.

Personally, as a liberal in a conservative state, it was a tough night politically for the people I supported. But I woke up this morning and the sun was up and God was still on the throne. God’s mercies are new every morning!

And it was not a total disappointment for me and others. The people of our state voted to raise the minimum wage, and the people of our city voted to approve a bond issue that will improve the facilities of older schools in our main district and also build new ones to meet the responsibility to educate future generations.

I guess the best part of an election being over and done with is that the airwaves will now be free of the millions of dollars worth of advertising spent telling us over and over again why that person is a no good, dirty, crime loving, tax raising, hog castrating, gun hating, gun loving, idiot who speaks out of both sides of the mouth. There has been nothing uplifting about any of it. And the waste of money in such a way is just mind boggling to me. Think how many more schools could have been built, or people fed, or cancers healed, if the money spent in an election cycle were used for those kind of building up activities, instead of the tearing down kind.

As I was driving home in the early evening before coming back to church for a meeting, I was listening to NPR. It was too early for any election coverage, but I thought they might be doing some commentary. I was going to be at that meeting during prime time coverage so I was just a bit anxious I guess to hear something now. But what I heard instead was this report about happenings in Iraq’s struggle with ISIS:

The tribe mentioned in this story is the Jubbour tribe, who are Sunni. They are trying to protect themselves from ISIS, who are also Sunni. But as the headline says, “We are not slaughterers.” The Jubbour see ISIS as an ideology not for anyone’s good; they are just a killing machine. The Jubbour reject this ideology and name it for what it is. They have also paid a very heavy price.

What struck me most about the story, however, is the reaction of a neighboring village of Shiite Muslims. The schism between Sunni and Shia happened almost at the beginning of Islam, once Muhammad had died. It is a deep divide of long standing.

This Shiite village, so the report goes, has been working in defense of and to protect their Jubbour neighbors. Why? “Because what hurts them, hurts us.”

What hurts them, hurts us.

What hurts you, hurts me.

And so on a night of people speaking through the action of filling out a ballot, I have found some good news.

In my city, we have decided that it hurts us all when children – yours, mine, ours – don’t have good safe schools to learn in. It is not good for any of us to raise generations of children who lack knowledge, who lack opportunities to debate and discuss, who don’t have access to new technologies and safe surroundings.

In my state, we decided that folks who work in jobs where the minimum wage is the standard rate of pay, should have a raise so maybe they can move a bit farther from the abyss of food insecurity or poverty. Many people working in these jobs work more than one, so maybe this means they can have more time with their families, more time to sit down with their children as they work on their homework. What hurts them, hurts us…or it should.

Let us be us together.