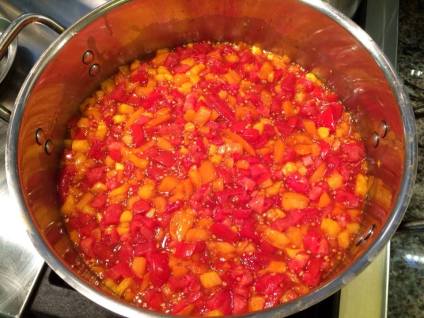 We have a marvelous once-a-month ministry at our church that Jana and I have participated in for many years. We make four pounds of sloppy joes and bring them along with two packages of hamburger buns to the church and add them to the other four-pound bags in the freezer. Once a month they are delivered to the Siena Francis House, a shelter for the homeless in the north downtown district of Omaha.

The ministry began out of a need recognized by a member of our congregation after watching the news back in the 1980s. It seems that many of our homeless folks in Omaha were gathering at a downtown park because the city had moved the Open Door Mission out of the area to make way for a new office for the Chamber of Commerce. How politic. Let’s hide the less-than-photogenic denizens of our city to whitewash the problems and paint the real nice Chamber of Commerce picture for the outside to see.

I am sure it has happened in other places, but I live here. It was hurtful.

Not only did they move the mission away from where these citizens lived (under bridges, in alleys) and ate, they moved it out by the airport, which is fine if you have a means of conveyance to get there. Being as they were homeless, they didn’t have garages either. Or what we generally put there: vehicles.

So they gathered at the park and Shirley (our member) and other church ladies just like her started a sandwich ministry. They would make sandwiches and take them down to the park in downtown Omaha, across the street from the Chamber of Commerce, and feed the hungry as Jesus tells us to. Until someone put a halt to this by providing a bus for the mission to transport people there for meals, this was a weekly occurrence.

Later on, the ministry evolved to the sandwich ministry that our church took part in once a month, as we shared the opportunity to serve with other churches. Our sloppy joes – for that is the sandwich we made – went to the Dorothy Day House until it closed, and now we take them to the Siena Francis House.

Jana and I have been doing this for at least twenty years. I can’t remember when we started, but I know why we started. Participating in a cause like Bread for the World, working toward policies in our country and others that will end hunger in our lifetime is heady and time-consuming, long-term work. Doing the practical work of feeding actual people is much more immediate, and making sloppy joes was our way of participating. Jana used to be able to make the sloppy joes by herself while I was the vehicle for transporting them to the church. Now I do the whole thing.

But Jana is still my reminder! “Julie, can we get the stuff to make sloppy joes this week?” And we do, on the Saturday before the third Thursday of every month.

Except for this week. We were at church Friday night and all day Saturday for the women’s retreat. It was a good respite and filled with good teaching and fellowship. But it was also the Saturday when we should have gotten the sloppy joe stuff. I forgot to tell Steve to pick it up at the grocery store. And Jana forgot too…

I got this email from her earlier this morning:

could you manage to buy some ready-made sloppy joes and get the buns…?

She knew it was too late to make them, because we are at church tonight and they need to be here frozen in the morning. But could I buy some ready made? I responded, “I will do my best,” not knowing how this would be possible. But I said I would, so I had to. Really, I had to. Jana had done her part, after all…

So I just got back from the grocery store. They have no ready made sloppy joes in the deli, in the little restaurant section, not even in the frozen aisle where you can buy ready made gourmet pizza and bacon wrapped shrimp, along with every conceivable flavor of chicken wings. They’ve got Swedish meatballs and Italian meatballs and even premade hamburgers and cheeseburgers. But they do not have frozen sloppy joes. Rats. Where is convenience when you really need it?!

And so I started to wander back over to the deli to see if I could order four pounds of sloppy joes to be picked up later when we left church after 8:00 p.m. and I ran into…St. John.

I kid you not, St. John was in the grocery store, just like Jesus walks into church sometimes. In this case it was my property coordinator here at West Hills Church, whose actual name is John Good. (I really think his middle name is “the”: John the Good, because he is so GOOD!)

He greeted me like he always does here at church, “Hello boss lady.” He thought I was following him as his supervisor to see what he was up to. He is always up to good; there is no reason to follow him and confirm what I already know.

“What are you doing here, boss lady? Following me?” I assured him that was not the case. I was feebly trying to accomplish the one thing my sister wanted this week: to feed the hungry. We had forgotten the sloppy joes until this morning and I was on my way to the deli to see if I could order some.

He is married now but his answer to me at that question was, “You learn a thing or two when you’ve been a single dad for as long as I was.”

There it is again. Humble service. It’s the hallmark of what St. John the Good does every day for the people who come into our church, whether he knows them or not. It is constant. It is freely offered. It is saintly. Now there is a picture that the Chamber of Commerce would be proud of.

And I expect that the sloppy joes will taste better this month at the Siena Francis House because they will be anointed by St. John the Good.

Oh yes, they will be good.

2 thoughts on “St. John and the sloppy joes”